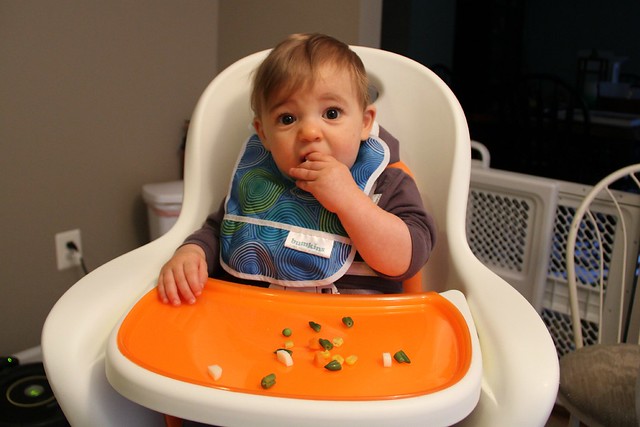 Ben has been such a good eater these days, as we introduce more “people food” among the purees. His favorites by FAR are blueberries and cheese, although black beans and peas (frozen, not canned, don’t think he doesn’t know the difference) are pretty close seconds. 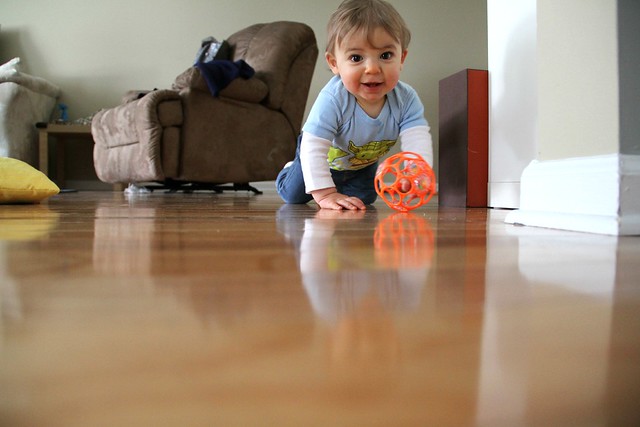 Ben’s favorite past time is chasing balls around the house. He’s surprisingly speedy at crawling (he has taken a few steps!!! but still prefers to crawl for speed most times) and will bat the ball away and crawl after it for seriously extended periods of time.