My one second every day project continues to be my favorite thing ever. This is my third year completing this project (although my first year, I started in February) and watching these all together each month and then at the end of the year is so cool. Their little voices! The fact that they’re running 75% of the time! There’s so much that’s difficult in life, but somehow, seeing these little snippets of wonder reminds me how much we truly have to be grateful for. I can’t wait to keep this going in 2020!

2018 was one of the best reading years I’ve had in a looooong time. I looked back at all of the years I’ve logged my books here (going back to 2005), because I was convinced I’d read more books this year than ever, but back in the pre-kid days, I did have a few other days of reading 50+ books in a single year. However, I did read more in 2018 than I have since 2011, and that is certainly an accomplishment. My goal was to read 43, and I exceeded that by quite a lot.

I’ve written in previous year-end reading summaries that reading a lot is what makes me feel like myself, and realizing that and prioritizing reading in my life over the past year and a half has made such a difference, especially as life has gotten difficult. Reading does so much for me and especially as I have next-to-no time for any of my old hobbies, I’m glad that I’ve found a way to make time for so many books. It’s my primary stress reliever, and I’m happy to have realized that and done whatever I can to make space for it in my life.

Over half of my total 55 books for the year were audiobooks. For anybody wondering how I have time to read so much – I spend 2ish hours in the car every weekday, and in 2018 I chose audiobooks over podcasts or music almost every time. Most of the audiobooks are through the library’s apps (Overdrive and lately, the newer app Libby), but we joined Audible (Dan and I are sharing an account) over the summer. That has been nice, too, as there’s a limit to what I can find from our county library on audio.

My favorite books of the year were Ready Player One, The Almost Sisters (both spectacular on audio), the first two Louise Penny books, and the first two books in the Court of Thorns and Roses series. I adored To All the Boys I’ve Loved Before and its sequels, as well. I even read a few nonfiction books this year, and Educated was astonishing, and I still think of it often.

For 2019, my goal will be to keep up this approximate reading pace, and read 52 books. Looking back at my reading goals over the past ten or so years, I very frequently resolve to read classics and very infrequently actually read them. But I would like to actually read a classic I haven’t read before in 2019. I’d like to read other books by authors I’ve enjoyed over the past year and a half (Liane Moriarty, Louise Penny, Joshilyn Jackson, Kristin Hannah, Tana French) and mostly continue to spread my reading over lots of genres to keep from getting into a rut. What was your favorite book of 2018?

For a second year, I’ve been using the 1 Second Everyday app to document our lives. Although I’ve documented a lot of my years with daily photo projects, it got a lot harder to keep up once Ben and Jojo were part of our lives… while also being more important than ever to capture these fleeting moments. I could not love this project more, and seeing these little tidbits brings so much joy. 2017 and the first half of 2018 were more difficult than anything I’ve ever faced, and this project has made it so much easier to really SEE how very much there is to be grateful for, even when things feel so dark. It sort of kills me to see how little the kids are in the first half of this video (don’t even get me started on 2017’s video!) but it’s just so mindblowing how much they’ve grown and learned and blossomed this year. I can’t wait to keep going with this in 2019.

Well! My goal was to read 40 books in 2017, and I did exactly that. I went back to work (and to my lengthy commute) in March, and started listening to audiobooks again (marked in my list with a star, 13 in total). Apparently I hadn’t listened to a single audiobook in the three years I was home with the kids!

It felt good to get back into a place where I’m reading a LOT. I always feel more like myself in the years of voracious reading. And this year, one of the hardest years I can ever remember, I absolutely wouldn’t have survived without books. Between the audiobooks to prevent my mind from cycling during the long hours in the car, inspiring stories of people overcoming crazy obstacles, funny stories about impossible things, mysteries and magic… yeah. In 2017, I finally got a Kindle, because reading on my iPad/phone was bothering my eyes too much, and I am absolutely looooving it. I’ve been slowly amassing a collection of kindle books when there are sales, which is, of course, expanding my already infinite “to read” list by leaps and bounds.

But I read a few really outstanding books this year – my absolute favorite was This Is How It Always Is, which was so full of wonderful quotes about life and parenthood that I want to buy a copy to underline it all. Everything I Never Told you was heartbreaking and tore me apart but I couldn’t stop thinking about it for weeks afterwards. I loved Turtles All the Way Down, and I’m SO glad that I read the biography of Alexander Hamilton (which was great on audio, too).

My goal for 2018 is to read 43 books – more than my average but not an unattainable goal, either. Last year, I resolved to finish the series I’ve loved in the past (Justin Cronin’s The Passage series and Tana French’s Dublin Murder Squad)… neither of which I got to. So those are definitely on my 2018 list. I’d like to read one classic I haven’t read before. If you’re reading this, tell me a book you think I should read this year!

I started documenting our lives using the 1 Second Everyday app in February, and I couldn’t have known then how much would happen this past year. It was the hardest year I can ever remember, for so many reasons, and this project made it so much easier to remember how much there is in our lives that is still so, so good. I’ll be forever grateful to it for that reason. It’s crazy how something that sounds so simple and small- one second of video every day, all mashed together at the end- can be so happy and hopeful and wonderful. I’ve shared each month’s video as I made them, but wanted to save the full video here for posterity. It’s absolutely astounding how much can change in a year, and I can’t wait to continue this project in 2018!

2016 was a really good year for reading. I wasn’t sure at the end of last year how reading would fall into my life as a mom of two, and I’m really glad that I found a way to make it work. I was hopeful in setting my 2016 reading goal at 30 books, and although I had to read 5 books in December to get there, I’m really pleased to report that I accomplished it (with a few days to spare, even!)

I still stand by my preference for reading during naptime; reading is one of the things that really makes me feel like myself, and while there’s ALWAYS something else I should be doing, taking a little time (when I can) to sit with my coffee and a book is never something I regret. I’ve been struggling with a lot of my other hobbies (photography, scrapbooking, hell anything crafty whatsoever) this year, and in 2016, reading was the one thing I returned to. I probably say it every time I write this year-end post, but reading a lot of books is a big part of my self-identity, and it helps to remember that when I start to feel a little bit lost. (Two and a half years into this stay at home mom life, and I’m still trying to figure it out in so many ways. It’s too bad I don’t have a blog where I could write about it 😉 )

I read some really good books this year! And some other books I really didn’t care for. I started a few new series, including the Stephanie Plum series, which I never read way back in the day, and those have been great when I need something fun and quick that I can just finish. I started a few new YA series that I’m looking forward to finishing (The Raven Cycle and the Lunar Chronicles), and I read way more adult fiction than I EVER do…. wondering the whole time if adult fiction is so dark and/or depressing and/or full of affairs and awful people, if I’m really missing anything at all by largely avoiding the genre.

My favorite books of 2016 were by far The Nightingale (if you haven’t read this, you really should), Big Little Lies (late to the game on this but it was different and interesting), My True Love Gave to Me (such a sweet collection of YA holiday-themed stories; I’ll definitely come back to this year after year), and Cinder. Some of the adult novels (The Vacationers, Leave Me, Fates and Furies) were super well written but full of characters I disliked, and therefore I have trouble recommending them.

So! What will my goal for 2017 be? To be honest, I sort of want to go big and set my goal at 52 to have something to work toward… but I don’t want to get ahead of myself. I don’t have THAT much time on my hands. My average is 40 books, so I think I’ll aim to read that many, and maybe even a few more. I’d like to finish some of the series I’ve started (including the 3rd novel in Justin Cronin’s the Passage series and the next by Tana French), and look for some of the other books written by authors I enjoyed this year (Liane Moriarty, Kristin Hannah). It’s been a while since I’ve re-read Harry Potter… it’s been a while since I’ve read a classic… but we’ll see. Happy reading! 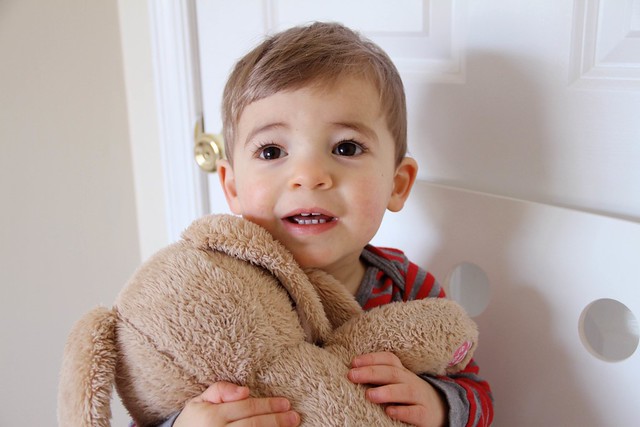 Taking posed photos of Ben is more and more difficult, as this was the best we could get when we tried a Valentine’s Day photoshoot. His love for Big Bunny is epic lately. 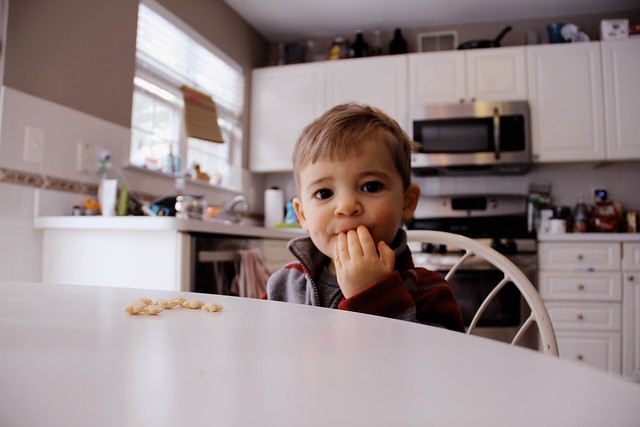 Something about toddlers sitting at the real table like they’re people makes them seem soooo much bigger. 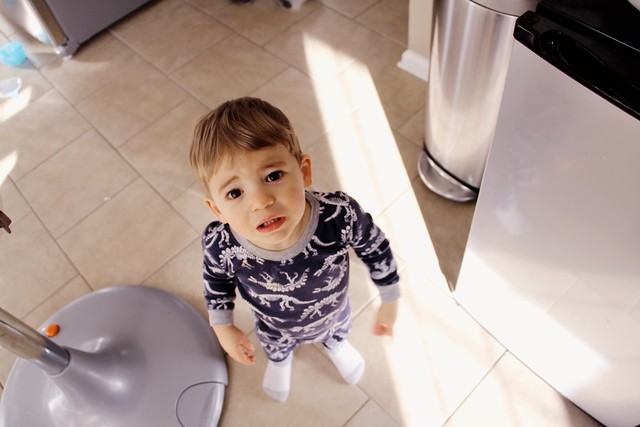 This is Ben’s “UGH why aren’t you complying to my demands without question?!” expression. 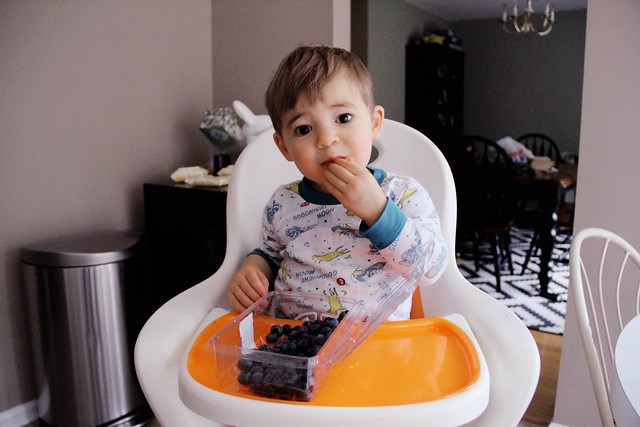 This was a regular weekday morning for us, and we had a lovely chat about blueberries during breakfast, and it was so freaking adorable I always want to remember it.

she likes stripes
Create a free website or blog at WordPress.com.