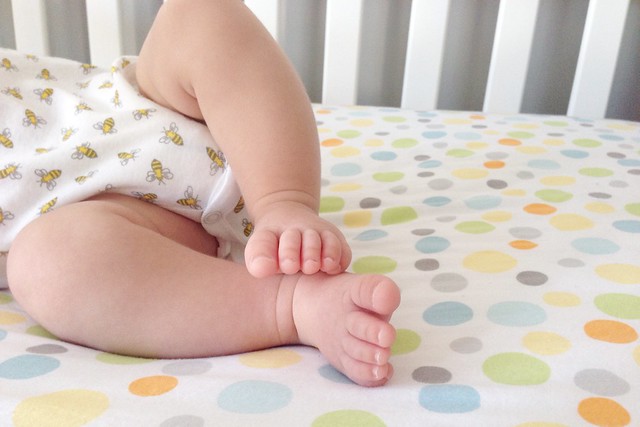 I am not sure that I know how to write here anymore, now that life is so different. But maybe I can figure it out if I just jump in. I’m typing this on my phone from the rocking chair in Benjamin’s room on a sunny summer Wednesday morning while he’s snoring softly in my arms. I know I need to start getting him to learn how to fall asleep on his own but once the overtired thrashing/nap fighting stops it’s nice to let myself just snuggle. I’ll probably regret these moments when he wakes up in a half hour, but… how can you regret sleepy baby snuggles? 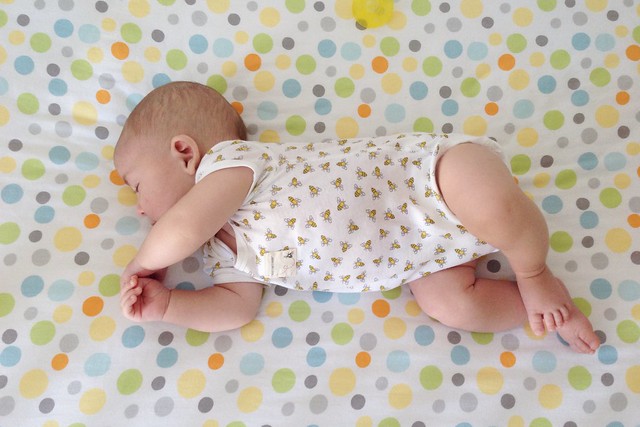 Time is fast and so, so slow. How are we almost done with August? But how, too, are weekdays so very long? (Of course, on the days I have big goals, weekdays can feel pretty damn short. Life now is just one giant contradiction, basically.) 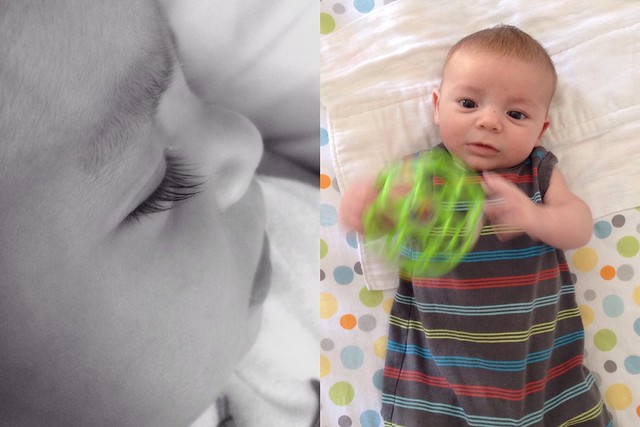 I drink a lot of iced coffee these days. Don’t ask about the totally klassy way I make it at home. All I want to do is work on my scrapbooks, but now that Ben is fighting naps so hard, it’s harder to find time. I am still limping through project 365, even though I hardly ever take out my dSLR. (Which is so bad. I miss it so much, and really need to break out of this photographic rut.) I’m trying to figure out how to start exercising. 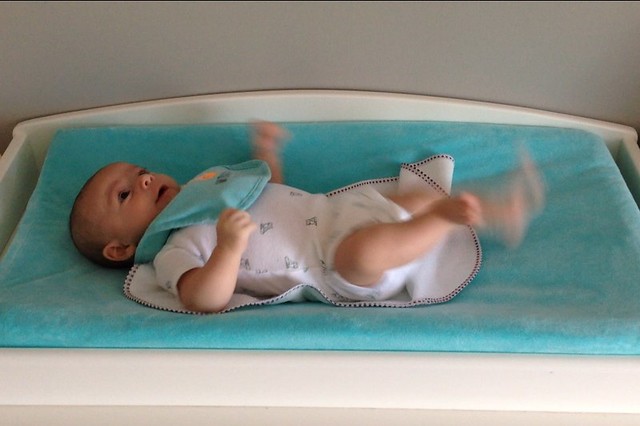 Benjamin at fourteen weeks old is just pure sunshine (except when he’s tired). He gets absurdly excited whenever we put him on his changing table (could the mobile I made be that much of a hit??) and spends a lot of time trying to get his whole hand into his mouth. He’s starting to notice toys, and is so chatty. I feel like he’s so close to laughing for real, although I admit I’m not sure how old babies are when they learn that. I’m sure I’m the millionth mom to say this, but I’m so excited for the next things – to hear his giggle and listen to what he has to say, to see if we’re right that he will be mobile before we’re ready – but I also want to completely stop time. He’s so stinkin’ cute now, and I don’t want time to go any faster than it already is. 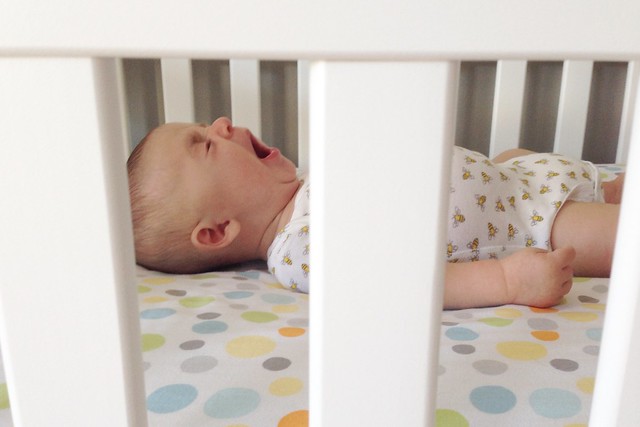 Life these days is slow and focused on a very little dude and truthfully? I’m just loving it. (It would be awfully nice if we could figure out this nap business, though.)